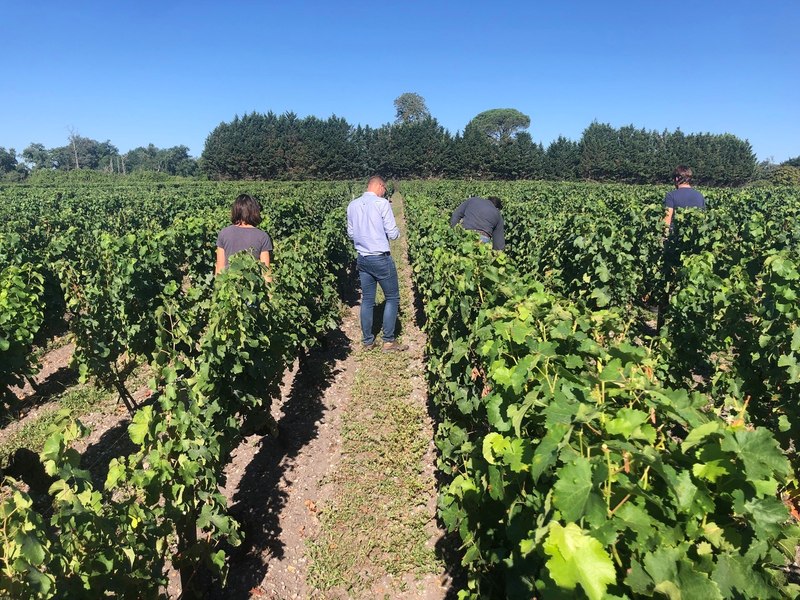 The moment has come to harvest the grapes, a time of year that we at Fieuzal regard as particularly special. It is the culmination of months of work that began last December with the pruning of the vines.

Apart from two very hot spells during the weeks of 24 June and 22 July, which had a slight impact on the vines’ leaves, mainly due to an insufficiently developed root system, the climate has generally been very favourable, with less rain during the first six months of the year than the ten-year average (437mm vs 534), despite a rainy April (112mm vs 75).

Flowering took place from 27 May to mid-June. It lasted a little longer than usual at FIEUZAL, due to the cool weather and a few periods of heavy rain, which slightly affected the quantities of Merlot due to coulure (flower abortion) and more significantly to millerandage (shot berries). 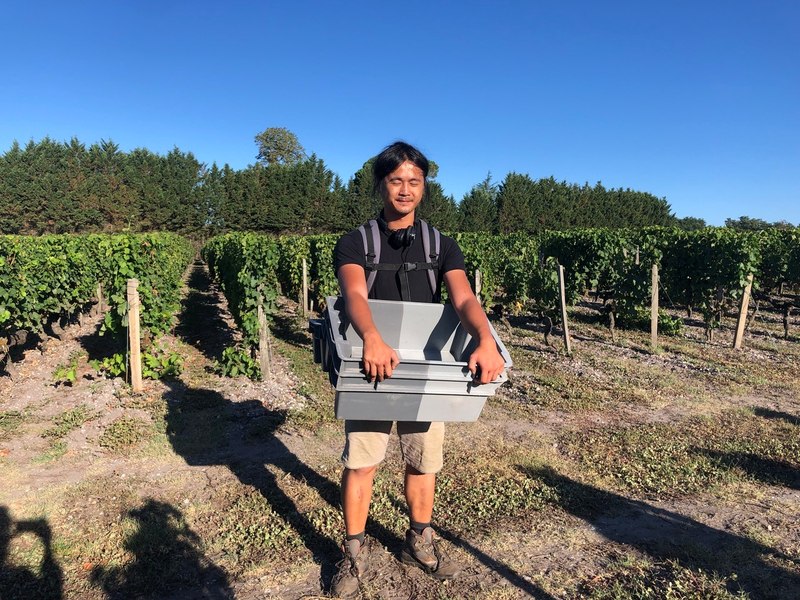 For the red grapes, véraison (when the grapes change colour) began on 27 July with mid-véraison around 15 August.

The current cool nights are beneficial, refining the aromatic potential of the both the red and white berries.

We will have to wait a few more weeks to harvest the red varieties, but for the white varieties, the moment has arrived! Last week was very busy, with a third ripeness test on Thursday. We tasted the Sauvignon Blanc and Sémillon again Tuesday with my technical team. This was the final stage before the decision was taken.

As in previous years, we will start with the Sauvignon Blanc in the Dispute and Ferbos plots, two of the oldest areas in Fieuzal’s vineyard for white grapes. Picking started on the morning of Wednesday 4th September.

Balances are good with potential alcohol ranging between 12.6% and 13% and acidity of around 4g/l.

At time of writing, the weather forecasts are excellent, which augurs well for the 2019 harvests.

I will keep you updated on a regular basis and am always available to discuss all things oenological.