The times are changing. 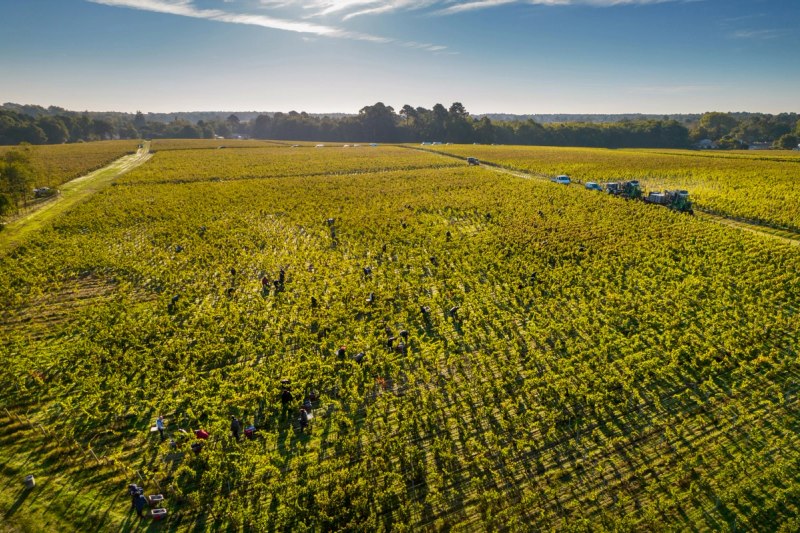 I wanted to write to you before the 2022 harvest began but it wasn’t to be.

Never has a vintage of Fieuzal white been picked as early in the season. This in itself already makes the 2022 vintage unique.

The harvest took place between the 18th - 23rd August, with the last juices pressed on Wednesday 24thAugust.

The first tests for ripeness, which we carried out on the 10th August, showed that the heat of the growing season had led to singular conditions in terms of the balance of our fruit. The second tests on the 16th August, combined with the weather forecast, led us to take the decision to harvest.

As well as a potential degree of alcohol between 11˚5 and 12˚5 – perfect, in my opinion – we noticed reduced levels of acidity and therefore fairly high PH levels. As you are well aware, I believe that these parameters are important if we want to make fine wines.

To appreciate the precision of our work in the winery, you must understand that we have 14 white wine producing plots at Fieuzal, on around 10 hectares of vineyard. From these, we produced 65 different batches from our press. The reason for this is that we want to have the greatest possible palette with which to craft our blends of Château de Fieuzal and l'Abeille de Fieuzal white.

Our pressing is done with whole bunches, with long gentle cycles influenced by my Champagne roots. There are 3 to 4 different batches per pressing, depending on various parameters to which the winery team holds the secrets.

Each batch is then chilled to be clarified, depending on the quality of the lees. Those in barrels are taken into cooling chambers, while those in stainless steel are chilled within the vats.

We tasted the first juices on Wednesday morning, 24th August. It is important that human taste remains the final tool for determining our blends, since our tasting revealed more freshness than the technical analysis would have led us to believe.

The first fermentations have begun, the objective being to maintain the lowest possible temperatures throughout so as to preserve the aromatic patchwork of our Semillons and Sauvignons.

In the meantime, we did the first ripeness tests for our Merlot on Wednesday 24th August. There’s nothing urgent at this stage but some rain forecast for the coming days could be very beneficial to the quality of the future vintage.

You have all heard about or witnessed our region’s high temperatures and heatwaves during the summer of 2022. These climatic conditions will no doubt be a defining feature of the vintage style.

Across the whole of the Fieuzal vineyard, two plots located on the same slope suffered greatly from the heat. It turns out that these vines were planted in 2017, and had been weakened by the frost and other climatic events of the last years.

On the rest of the estate, there was no particular sign of heat damage or sunscald. I certainly do not regret that at the end of June we decided not to thin the leaves, which could have had a catastrophic impact on our fruit.

In addition to the high temperatures, we also had a severe lack of water. To give some context, the average rainfall between January and August at Fieuzal is 648 mm. This year, 350 mm of rain fell over the same period, with the month of July being particularly dry.

Lastly, the temperature variations between day and night have been very low which is also a parameter to bear in mind.

I’m excited to receive these grapes and to begin to understand and express all their singularities in the coming days.

See you soon and I look forward to welcoming you during the harvest at Fieuzal.