We began our green pruning work on the fast-growing vines last week, so here is some news from Fieuzal.

Following a wet winter, with 683mm of rain vs. a ten-year average of a little under 500mm, we finished pruning our 600,000 vines on Friday 20th March. As is the case each year, this process takes a little more than three months to complete. Among other things, it serves to preserve the health of each vine and to predetermine the fruit-bearing shoots for the upcoming harvest.

After pruning the vine branches, we shred the wood back into the ground in the vineyard so that the organic material is reabsorbed into the soil.

We also ‘export’ some branches to be used for our own barbecues and for receptions at Fieuzal. 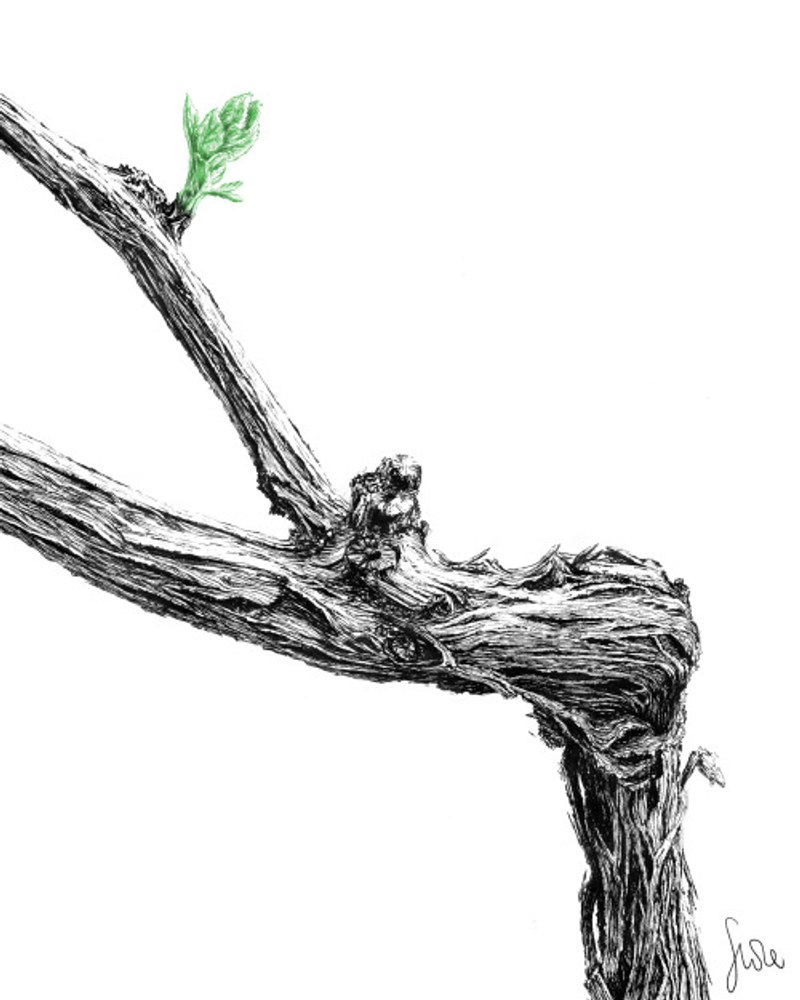 Once pruned, the fruit bearing branches of each vine are folded and tied to a horizontal wire to ensure a consistent future trellising system. Each vine is fixed in position so that it grows upwards. These annual tasks, which were completed by the beginning of April, always have the same objective: to shape the development of each vine and direct the flow of sap towards the vine’s essential organs. These organs control the growth of the vine stalk and the chosen stems from which new bunches of grapes will be born and ultimately become the chateau’s wines.

Bud break came very early this year, on the 13th March, with the ‘thermal time’ for the first third of the year at 111˚Cd vs. 92˚Cd in 2019. I had already established the growth cycle as well ahead of average, based on the moment of bud break.

Thermal time is the accumulated sum of temperatures above 10˚C since 1st January.

In parallel with this work, we were all mobilised for 8 consecutive nights, following frost alerts from the 25th March to 4th April, with a severe warning on the 31st March due to wet conditions the previous day and some snowfall. Given the early stage of growth of the vines, I predict a limited impact on the upcoming harvest. However, we shall remain vigilant until the 11th, 12th and 13th May, the climatic period known as the ‘Ice Saints’ days’, when cold snaps are often experienced.

As for the wines, Abeille red 2018 was bottled at the start of the year, while Fieuzal 2018 will wait until early July. This will be a memorable vintage for Fieuzal, given its strong, intense character, which for me represents the authentic expression of our terroir.

The 2019 vintage, which everyone is talking about at the moment, is a superb ‘baby’, whose elegance does Fieuzal proud. Freshness, purity and carefully-harnessed concentration are the specific characteristics of this vintage, for which weather conditions were extremely favourable. The wine is ageing in various types of vessel (regular and large French oak barrels, stainless steel and concrete vats) and will reveal its multitude of aromas and flavours when the time comes to blend it.

I shall be back in touch very soon and encourage you to reach out with any questions. I am here to share with you the innermost workings of this wonderful occupation of mine.